Farming is expensive. The cost of the machinery and labour required to run a farm is daunting, and many farmers are having to take on increasing levels of debt to access the tools and resources they need to do their job.

Luckily (and unsurprisingly, if you’re a regular reader of this blog), forming a co-operative can help. In Quebec, co-ops that share both equipment and labour are popular, but they’re less well known in other parts of Canada.

While farms in much of the west are different than those in parts of Quebec, there is still lots of opportunity for efficiencies and cost savings in a properly structured ag equipment sharing co-op or CUMA (Co-opérative d’utilisation de matériel agricole). 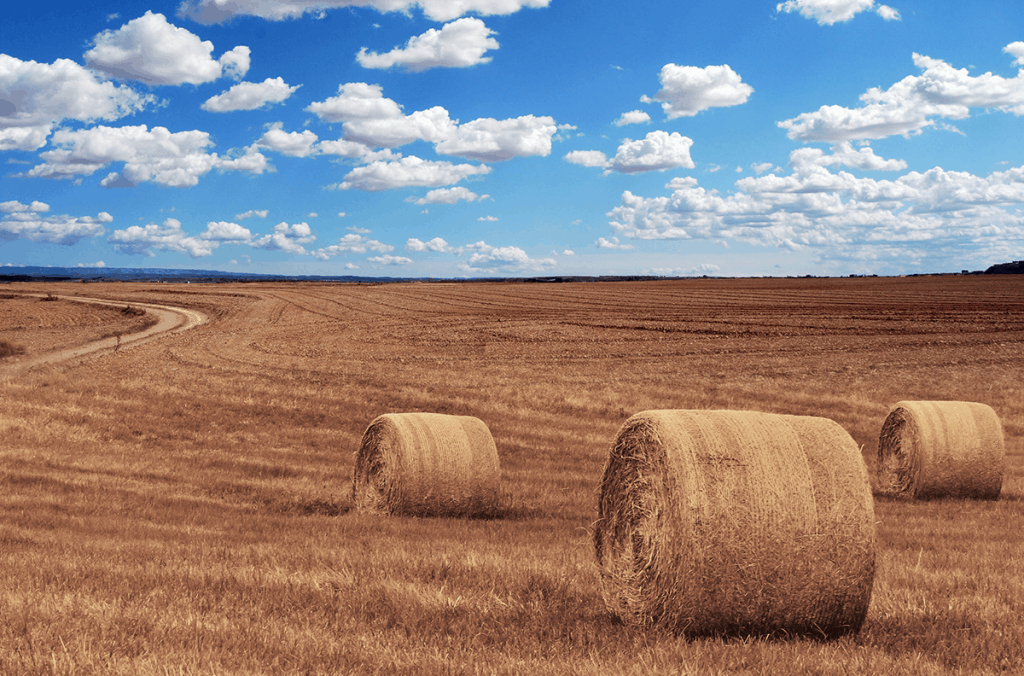 A CUMA is an agricultural equipment co-op that provides farmers the use of large, expensive machinery, and decreases the cost to access up-to-date equipment.

As an organization, a CUMA is group of farmers involved in the same sector (grain farming, dairy, etc.), who pool equity based on the type of equipment they need. Shareholders in the co-op sign a contract committing to using a piece of machinery for a certain amount of time in a given year.

Shareholders also pay a membership fee, and generally each branch of a CUMA has a manager that oversees the scheduling of the equipment. This manager makes sure members are adhering to their contracts and that equipment is being utilized as efficiently as possible between members.

The benefits of this kind of organization

CUMAs are often financed through investment shares, debt financing from financial institutions, and the membership fees paid on a regular basis by common shareholders. According to Harris and Fulton, investment shares finance around 20 to 30 per cent of the cost to buy equipment. For the rest, the co-op secures a loan from a credit union or bank. Membership fees cover costs like financing, insurance, and maintenance of equipment. This group leveraging takes a lot of weight off the individual farmer.

Though the amount of money saved by CUMA shareholder members varies on a case-by-case basis, the savings can be substantial. According to the Quebec Ministry of Agriculture, Fisheries, and Food, members of a dairy CUMA saved over $14,000 annually. Harris and Fulton claim savings could be as high as 70% in some cases. Plus, as an incorporated entity, liability rests with the co-op and not individual farmers. So, more individual farmer equity is free to grow their business or invest in other things.

Benoit Le Pape, Regional Manager for Eastern Ontario for the Conseil de la Co-opération de l’Ontario, said reducing the individual cost of buying machinery for each farm not only benefits farmers while they are in business, but also makes it easier for them to transfer their farms to the next generation, or to sell them, because they are less capital-intensive. Not having to make large purchases also allows small farms to remain competitive.

The one big challenge

One of the main challenges of a CUMA, according to Le Pape, is communication between members. Though sharing equipment is a cost-saving measure for farmers, coordinating its use can be tricky.

“When you have a beautiful day that’s when you need to use the equipment, and it’s the same day for everybody,” said Le Pape. 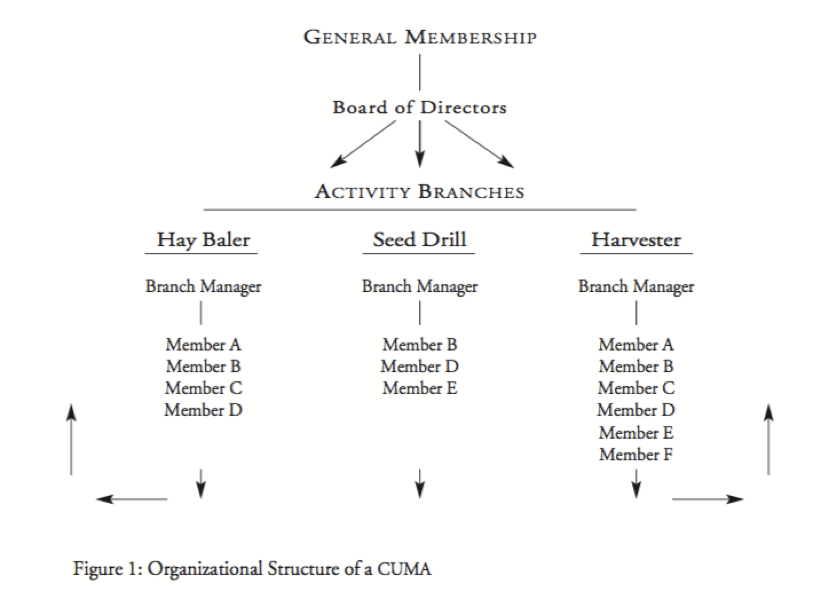 Save labour costs too

The potential for farmers to collaborate and share costs doesn’t stop at equipment.  A slight twist on the CUMA allows producers to also share the cost of hired labour.

With a shared labour co-op or CUMO (Coopérative d’utilisation de main-d’oeuvre partagée), farms can collectively employ a pool of workers. Farmers pay workers only when they need them, rather than hiring farmhands full time. This co-op is a win-win in that it provides farmers with the help they need and ensures employment to farm labourers whose jobs might otherwise be unstable.

The CUMO functions like a CUMA in a lot of ways. Workers are separated into branches based on the kind of work they do, and each farm signs a contract committing to buy a certain amount of labour hours from the co-op. Ideally, four to 10 farms make up a branch to provide 35 to 40 hours of work per week for labourers.

Le Pape said this model has worked well in agriculture, but there are possibilities to re-structure this kind of co-operative, or to apply it to other sectors, such as domestic or commercial cleaning.

“For now, it’s used for farming mostly. It’s pretty old and it works well [but] it’s got great potential, I think.”

How co-operatives can help farmers get started

Technology and the future of rural co-ops